Christmas and the vile human celebrations that are attached to that date, passed.  Life in Whistlegap moved on and Fairy spent time scoping town events to see what child would next benefit from her wisdom.
The prevalence of divorce in this decade allowed for a discriminatory eye.  In other eras, fathers would receive no more than a curious glance while she selected her prize.  Now, she looked them over to see how easy it would be to fake her enchantment with them.
There were so many to choose from!  She sat back on her rocking chair and let her mind picture the children she would enjoy teaching the most.  The first that came to mind was a boy of about fourteen years of age.  He had fair hair with a copper tinge to it.  Fairy hated red heads.  She sighed and shook her head; ‘no, it would be too difficult.  I would be racing towards the final lesson with that one’ she muttered to herself.
With the red headed kid eliminated from selection, she settled on a large boy named Solly.  He was a big boned, plain faced kid with greasy, dandruff mottled hair and smelly clothes.
His father was a rather short, rounded munchkin which would be a problem if not for ease wit and ease of humour.  She may actually enjoy this foray into the role of step mama…
Posted by Mistress at 7:58 PM No comments:

By the time the sun had set on a new day, the Bed Fairy had taken up residence in Whistlegap, a chocolate box town crouched on the edge of a cliff.  She had scoped the town and after a brief false start, she was back at the drawing board.  Now she sat on a garden swing and stared at the sea as it raged and beat the rock face below.

It was winter time and the wind bit through her dressing gown, into her skin .  The swing was nestled into a nook on the porch, but even out of the path of each gust, it reached out with sharp teeth to snap at her.  Only her lap remained warm, as Winslow, like a rug across her knee, sat purring.

The first ‘mark’ selected was father to six children.

Six!  She thought.  Obviously there wasn’t a great deal of entertainment in Whistlegap.  Anyone that would continue to breed so relentlessly was an obvious fool.  The father seemed rather plain and dull, if not a little down trodden.  His wife had run off with a circus clown the year before.

Fairy’s first thought was that she would run off with anyone to be rid of six children; she had to admit, albeit begrudgingly, that selecting the lesser of those two evils would be a hard task.   She was coulrophobic, there wasn’t anything on the planet that would make her run off with a clown.  Ugly, scary things they were; with their faces hidden.
She knew that her fear was abnormal and she suspected; irrational.  Many people liked clowns; laughed with abandon at their antics.  But she had once been tortured by one and no doubt, this was the root cause of her dislike.

She had attended a circus with the children of family she was ‘teaching’ when she was young.  The clown, a brutish, pock faced man that no amount of makeup could hide, had yelled “let’s find the ugliest person at the circus…”  He then looked about the tent, his spiteful eyes locked as he crossed the ring and proceeded to hand her a flower.
His piggy eyes had glowed with cruelty and his mouth, smeared in red, was no more than two slivers of liver.  The tent of people had laughed and laughed.

The push of her foot escalated with her anger until the swing knocked against the weatherboards of the house.  Winslow hissed.  She hated clowns.
By day three, ‘kid two’ had developed an allergic reaction to Winslow.  The Bed Fairy would have gladly roasted ‘kid two’ alive before she would send Winslow away.

To be continued…
Posted by Mistress at 12:03 AM No comments:

Once upon a time in the kingdom of Oakleigh, there lived a beautiful, but evil Bed Fairy named Malevolent.  She had been thrown to the Earth by her master, Malign and ordered to creep across the land; keeping children in order.
She went by the name of Carol and set about gaining favour with many unsuspecting, moodle like fathers, eventually winning their love and trust and moving in with them.  The Bed Fairy did not necessarily like children.  They had ugly small faces and they smelled.   She had only one aim; to set up a clean house and have access to their slothful, children.
It was her fate to abhor any kind of untidiness.  If she found socks on the floor, she would snip off their toes and feed them to her cat, Winslow.
Those that were lazy by day, had their fingers clipped off in the night; and the Bed Fairy used them to season her soup.   Those that told tales would wake to find their tongues had turned to stone.   Children that viewed what they should not have viewed; awoke cross eyed; never again to spy on that which they should not.
But the worst of all sins for the Bed Fairy was those apathetic children, who would arise from their slumber in the mornings, toss the covers back and leave their rumpled beds in disarray.   For those children she would not cripple or maim.  This transgression was far too serious; this debt could not be paid with the loss of a finger or eye.
Instead, the Bed Fairy would hide in the wardrobe and wait in silence, for the coming of darkness.
When naught but soft snuffles and snores seeped throughout the room, the Bed Fairy would leave the confines of the wardrobe without a sound; and slowly shuffle through the darkness to the bed.
She would stand above and look down upon the sleeping, lazy child and such fury would consume her.  For of all the things that anyone could do to anger her; not making a bed was the worst.
And as the anger shuddered to life inside her, she would gradually lean forward, careful not to let her hair drape across their faces and wake them; and snuffle the air above their mouths.  Inhale their breath; deeply, sucking it in; letting it gain momentum until she had consumed the spirit of the child.
In the morning, bright sunlight would slant in through blinds, highlighting nothing but empty beds.  Encased within the covers there would be nothing but a husk.   The child had vanished.
The Bed Fairy would be gone.
She had moved to another house, to another lazy child.
Posted by Mistress at 8:44 PM No comments:

My Other Tools of Torment

How to tell my partner he is a fool, without actually saying it to him:
Dating A Hunchback

When I eventually get to rule the world, this is how it will be:
The World of Secretwomen 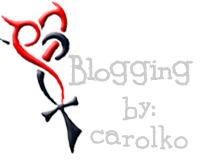